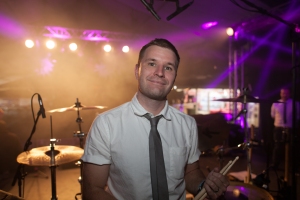 Tom has had over 10 years experience in the music industry. Since completing his degree in Commercial Music, he has been establishing himself as a tutor in the South West area. he has performed in bands whose music has appeared on Film and TV and continues to gig on the local music scene with function band The Strutts.

In 2016 Tom was fortunate enough to work alongside Bodmin college to write and arrange African Drumming parts for their sold out version of Disney’s The Lion King. The show (and its cast) was met with a hugely positive reception from critics and audiences alike.

Tom’s awards and qualifications include:

Josh has toured extensively throughout the UK and Europe, picking up record contracts along the way. Josh teaches everything from Acoustic, Metal, Rock and Jazz Guitar. Josh gives students a wide and dynamic guitar experience setting them up to be the next Hendrix if they want to!